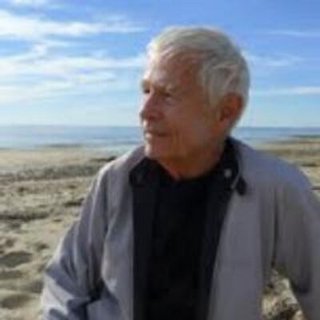 JOHN J. CLAYTON has written his tenth book, published September 2020: Parkinson's Blues—a series of personal essays, sad and comic, arising from arrival of Parkinson's. The opening essay, "Nobody Expects," was published in Jewish Review of Books. The title comes from an old Monty Python skit: two characters are talking in a parlor, and one of them asks annoying question upon question, till the other says, "What is this?—I didn't expect the Spanish Inquisition" Suddenly the door bursts open and Michael Palin, in red inquisitional robes of the sixteenth century, roars, "Nobody expects the Spanish Inquisition." Who expects to be battered by Parkinson's—to be battered by life? The sketches are memoir, not fiction . . .unfortunately.

Clayton's novels include Kuperman's Fire, What Are Friends For, Mitzvah Man. His stories have appeared in AGNI, Virginia Quarterly Review, TriQuarterly, Sewanee Review, over twenty times in Commentary.  Stories have been published recently in MQR and Missouri Review. Two personal essays have been recently published in Jewish Review of Books. His stories have won prizes in O.Henry Prize Stories, Best American Short Stories, and the Pushcart Prize anthology.  His collection Radiance was a finalist for the National Jewish Book Award.